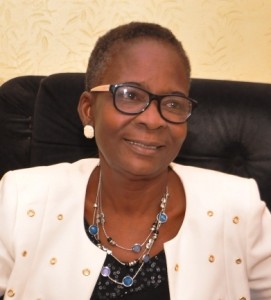 There is no gainsaying, Effortswill Schools boast of one of the most gigantic physical structures any private school in Lagos State can showcase.

We provide this facility in order to enhance enough spacious learning environment as a pre-requisite for a standard learning system. We also parade an array of qualified, disciplined, hardworking and dedicated teachers. Over the years, an interplay of experienced teachers and these first class facilities have made us leader in the education industry, thus giving parents/guardians a good return on their investments”.

Choosing the right school for your child is of utmost importance to many parents. A child needs to develop in a right environment, get the right set of skills, not only mentally, but also physically and socially, Effortswill offers you this and more.

With more than 20 years in the business, she can boast of the facilities necessary for your child to develop and face up to the challenges ahead in life. She can definitely boast from results and from the testimonies of parents that our greatest competence is in the quality of our teachers. We spare no expense in the child, and constantly provide the necessary resources needed for your child to grow.

We can also boast of spacious grounds for your ward to socialise with his peers and also for sport development. Capital project is always ongoing like the new basketball court and ultra modern school hall.

I will not bore you with details but invite you to go through our website, which you will definitely find interesting and I hope will prompt you to pay us a visit to experience first-hand the unique service we provide at Effortswill. I look forward to seeing you and your family.

The Results of our Pupils

allows us to position ourselves as leaders in educational institutions in the nation and world at large.

-At the closing ceremony of the 4th edition of 16 school brain trust 4 sports competition held at the Bells comprehensive college, Ota, on 1st march 2002, Effortswill Academy won GOLD medal in the football competition.

– In recognition and appreciation of her contribution to the development of education in lagos State, the proprietress, Mrs Bose Adeyemo was presented a Merit Award on 29th Jan 2009 By Lagos State Government (Education District 6)

History of the School.

Effortswill Nursery and Primary School was founded in January 1988 by Mr. and Mrs. Adelekan Adeyemo. The school took off with an initial population of twelve (12) pupils and two teachers. It had the Proprietress Mrs. Adeyemo acting as both the head of school and the Proprietress for the first three years. The aim of establishing the school is to give children sound education that was lacking in our public schools. Also, the founders had a strong love to help and work with children. Effortswill Academy, a co-educational secondary school and an offshoot of Effortswill Nursery/Primary School, took off on 22nd September, 1997 with a student population of 13. It is a further realisation of the vision of the founders of the college and fulfilment of the yearnings of parents that the high academic standard in the primary school be extended to a post primary institution. The educational objectives among others include attainment of high academic standard and installing in students the right virtues such as respect for dignity of man, acquisition of competence for self-reliance, promotion of physical, emotional and psychological development of the child, moral and spiritual principle in interpersonal human relation. Our focus is to produce a total child thus giving parents value for their money. After two pre-approval inspections (1998 & 1999) and full scale subject recognition inspection of February 15, 2000; the college was granted approval to present students as internal candidates for J.S.C.E. with effect from June, 2000 and the results has been impressive till date. The school was also granted provisional approval to operate as a Private Government Approved Secondary School in December, 2001 by Lagos State Ministry of Education. We have won various medals and trophies in academic/sports competitions among top flight private schools in Lagos State. We have produced five(5) sets of S.S.S. 3 graduates since inception with excellent results in S.S.C.E. (WAEC & NECO). Presently, the school population is about 300 while the staff strength is 35. We have continued to add to the number of existing facilities and have recruited more professional graduate teachers in pursuance of academic and moral excellence which the school is noted for. For instance, in compliance with Lagos State Government directive to operate, as separate Junior and Senior Secondary Schools, an ultra modern building has been put in place in addition to the existing proto-type. The two storey building houses the Junior Secondary classes and the special rooms/laboratories/offices on the first and second floor as well as the school auditorium with a sitting capacity of about 300 students on the ground floor..